MARK 8:27-33
Jesus went on with his disciples to the villages of Caesarea Philippi; and on the way he asked his disciples,
“Who do people say that I am?”
And they answered him, “John the Baptist; and others, Elijah; and still others, one of the prophets.” He asked them,
“But who do you say that I am?”
Peter answered him, “You are the Messiah.” And he sternly ordered them not to tell anyone about him.
Then he began to teach them that the Son of Man must undergo great suffering, and be rejected by the elders, the chief priests, and the scribes, and be killed, and after three days rise again. He said all this quite openly. And Peter took him aside and began to rebuke him. But turning and looking at his disciples, he rebuked Peter and said, “Get behind me, Satan! For you are setting your mind not on divine things but on human things.” 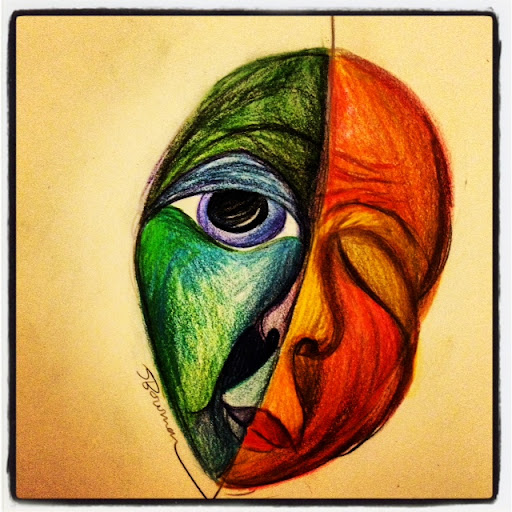 I don’t know about you, but when I read this text I really feel for Peter. First, it seems as if Jesus is baiting the disciples, “Who do people say that I am?” What are folks saying about me?” And it’s Peter who seems to land on the right answer, declaring Jesus the “Messiah”. This is no small title. For the first time in Mark’s Gospel Jesus has been identified as the one for whom the community has been waiting. Peter steps forward and makes an audacious claim, Jesus is not simply a devout Jew, not just a really compelling Rabbi, not only a prophet but the Messiah.

For a people who can’t seem to get ahead, who are constantly under the thumb of the ruling class, who are pushed to the outside again and again this is a scandalous statement. It’s brave and crazy to imagine that finally, the one who will save them — who will bring them justice and win the day — has come.
And just as shockingly Jesus confirms this news. But then, in an even more incredible twist he goes on to describe what is about to unfold in the days and weeks ahead. Rather than triumph and power he describes a scene of violence and death. His death. He paints a picture of those who will turn against him, his own people, the ruling class, the government, even his own friends.

I grieve for Peter in this moment… this isn’t at all what he thought he was describing when he declared Jesus the Messiah. The one who comes to save them will be arrested and put to death in the most shameful of ways? Peter’s head must have been reeling when he pulled Jesus aside and demanded an explanation.

Have you ever signed up for something and then found out it wasn’t at all what you thought? It required much more from you than you expected? Have you ever believed in someone with your whole heart? Thrown your whole self into following and supporting them only to discover that they weren’t quite what you thought? Maybe you romanticized or idolized them and then they turned around and got real… it turned out they were more than what you imagined, more complex than simply meeting your personal needs.
In this crucial moment Peter finds out that what he thought would save him didn’t look at all like the salvation he’d hoped for. This was his first glimpse at what loving Christ would cost him and at God’s vision for reconciliation that didn’t entail a hostile takeover but instead included a road right through the valley of death before it would emerge into the beauty of a mountaintop resurrection story that could heal the world.

Sometimes it’s those crucial moments, when the rug is pulled out from under us, when the veil is lifted, when we’re confronted by the complexity of life and we begin to see the raw, messy and hard truth of it; in these moments we learn who we truly are and who we are truly called to be.

Peter’s life will never be the same, he’s looked into the eyes of his Messiah and seen the truth. This isn’t the Messiah that he expected but it is the one the world desperately needs.

May the many faces of Christ take you by surprise,
And stretch your imagination,
May the cause of love that is bigger than winning,
and larger than just one life,
turn your expectations on their head.
May this surprising Messiah who is more than we could ever expect
continue to bring new  life to darkest places in your life,
and healing to the world.
AMEN